One of the last remaining areas of rainforest in Africa, Kibale offers dense forest with 250 tree species, grasslands, swamps and a scenic field of volcanic craters. Standing at the foot of the Rwenzori Mountains, the park is an extension of the Queen Elizabeth National Park, one of Uganda’s most recent national parks. Most famous for its chimpanzee communities, statistics suggest that the park offers the visitor a 90% chance of viewing these fascinating creatures, over 600 of which live in nests in the tree canopy.

Originally known as the Kibale Forest Corridor Game Reserve, which was established in 1964 to serve as a migratory corridor for the huge herds of elephant moving between the QE II national park and the Murchison falls National Park, the park was gazetted in 1993.

The park supports the highest number of primates in Uganda and one of the highest primate densities in the world. It offers sanctuary to 13 species of primates, three of which are nocturnal. There are two species of colobus monkeys, the black-and-white and the more rare red colobus, which exists in high densities and can usually be seen on the forest walks. Other primates include the red-tailed, blue and L’Hoest’s monkeys, mangebey and olive baboons. Most popular, however, are the chimpanzees, several communities of which exist within the forest.

The park contains Uganda’s largest population of forest elephant. Small, but shy, these rare elephants tend to visit the park during the rainy seasons.

The park supports a rich diversity of other wildlife including bushbuck, red duiker, blue duiker, bush pig, civet, buffalo and giant forest hog. There are also 144 species of butterflies.

The park offers a field of 30 volcanic craters lakes, each of which is a different shade of blue or green. Legend has it that they were originally created by Ndahura, the fist Bachwezi King, when he retired to the area after abdicating in favour of his son, Wamara. The water is safe for swimming and there is also boating on the lakes.

There are around 3km of nature trails and tracks through the forest and 2-3 hour bird-spotting and primate-spotting walks are led by knowledgeable field staff. There are also walks along the banks of the Kanyanchu River

Spend your vacation exploring the highlights of Uganda and discover the very best the country has to offer. Explore the beautiful national parks in search for Chimpanzees and Gorillas and...

“The Pearl of Africa” – Uganda offers a unique diversity of wildlife, natural beauty, and friendly inhabitants that all combine to make the country one of Africa’s hidden gems. This... 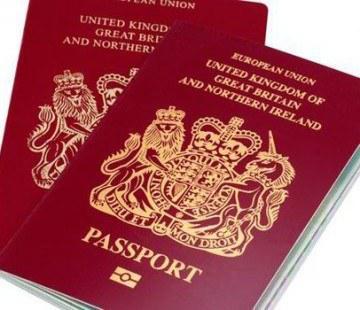