Nairobi, (taken from the Maasai Nyrobi meaning place of cool waters) is aptly known as the ‘Safari Capital of the World’. The capital city has a population of approximately 3 million people and came into being in May 1899 as an artificial settlement created by the European builders of the East African railway at Mile 327. Easily the largest city in East Africa, Nairobi is also the youngest, the most modern, the highest (at 1700m) and the fastest growing.

As the birthplace of the safari, Nairobi city is a natural starting point for most Kenya safari itineraries. Indeed nearly all of the famous safaris of colonial history set off from here, some with lines of ‘bearers’ miles long. But before you set off, you might like to spend a few days relaxing and discovering for yourself some of the many treasures of this surprising Kenya city.

Call at the Karen Blixen Museum
At the foot of the blue-tinged Ngong Hills is the house where Karen Blixen once lived, farmed, albeit disastrously, her coffee and about which she wrote in her famous book, ‘Out of Africa.’ The grey stone house, redolent of colonial times long gone by, stands unchanged and set in rambling gardens with a glorious view up to the hills where Denys Finch Hatton, Karen’s lover, was buried and upon whose grave the lions came to lie. And if you listen hard enough, you can still catch the strains of her beloved Mozart from the wind-up phonograph out on the veranda.

Go to the Giraffe Centre
The Giraffe Centre, in Nairobi’s Langata suburb, was established by the African Fund for Endangered Wildlife and offers visitors a wonderful opportunity not only to stand on a wooden deck and stroke the velvet nose of a baby giraffe, but also to learn more about the endangered Rothschild giraffes and the efforts that are being made to save them. It makes a charming afternoon’s entertainment and can easily be combined with a trip to the museum above.

Do the Grand City Tour
Our experienced guides will take you on the grand tour of this historic African city and its many landmarks which include the fascinating Railway Museum, the newly opened Safari Walk in Nairobi’s extensive and often overlooked Game Park, numerous charming old colonial buildings and the more recent ‘sights’ such as the Houses of Parliament and the mausoleum of founding father, Jomo Kenyatta.

Invest in some culture
Not only is the selection of cultural arts and crafts available in Nairobi second to none but also the ancient art of bargaining is alive and well and living on her streets. Choose from the Maasai market offering fabulous beadwork, talismans and charms or from a plethora of other retail outlets ranging from tiny boutiques to the massive City Market and displaying everything from carved ebony, teak and soapstone to woven sisal, intricate basketwork, hand printed textiles, paintings, wrought-iron work, hand-blown glassware, leather goods and novelties made from such unusual items as banana leaves and tree bark.

Be a Carnivore
No trip to Nairobi is complete without a visit to the world-famous Carnivore Restaurant where, in entirely unique surroundings, you can get your safari off to a really intrepid start with a famous ‘dawa’ cocktail followed by such hunter’s delights as: ostrich, eland and crocodile steaks seared over red-hot furnaces and served by sword. While for the more faint hearted, there are some fine vegetarian choices too.

Discover The Nairobi National Park
Often passed over, but actually one of the most charming in the country Nairobi National Park is often teeming with game such as rhino, lion and giraffe. And so close is the park to the city centre that you can take in a trip before breakfast. There’s also the newly opened Safari Walk Animal Sanctuary and a complex of restaurants and shops to be enjoyed after you are through.

A flying safari is an excellent way to use your safari time wisely while getting the opportunity to spend some quality time in excellent wildlife areas. This trip focuses on...

Discover two of Kenya’s best safari destinations on this week-long flying safari. Explore the Ol Pejeta Conservancy, home to various pioneer- ing conservation initiatives. Here you can seek out the...

This week long safari is great value and includes many of the major highlights in Kenya including the Ol Pejeta Conservancy, Lake Naivasha and plenty of time in the Mara...

A flying safari is an excellent way to use your safari time wisely while getting the opportunity to spend some quality time in excellent wildlife areas. This trip combines two...

A flying safari is an excellent way to use your safari time wisely while getting the opportunity to spend some quality time in excellent wildlife areas. This trip combines three...

Experience East Africa in style with this small group safari featuring accommodation in intimate Luxury Tented Camps. You’ll have all the comforts found in a lodge, but with a lot...

The iconic Giraffe Manor, located in Nairobi, Kenya should be on everyone's bucket list. Sharing your breakfast with the endangered Rothschild Giraffe is an incredible, totally unique experience. When planning your safari it is the perfect start or finish to what will undoubtedly be a magical trip. 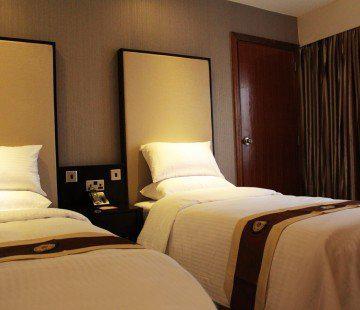 We have spotted a few new hotels around Nairobi causing a little bit of excitement in the industry.